SKYLAB EXCLUSIVE   |   skylab BUSINESS
SKYLAB EXCLUSIVE          SKYLAB BUSINESS
If this story makes you hungry for more, awesome! Join us on SKYLAB EXCLUSIVE today!
SECRETS EVERY SPACE FAN MUST KNOW
ABOUT COMET KOHOUTEK
Written by Johannes Kemppanen
About Skylab.space
You too deserve to know how Skylab initiated changes to our lives on Earth!
This is why we would like to get you closer to what many consider: one of NASA's most important programmes ever.
Arguably, up to 40% of data collected by Skylab has not been analysed yet due to a lack of scientists.
Are you the one to contribute to another marvellous change in our world again?
Can you inspire others about the fascinating educational program that Skylab was? 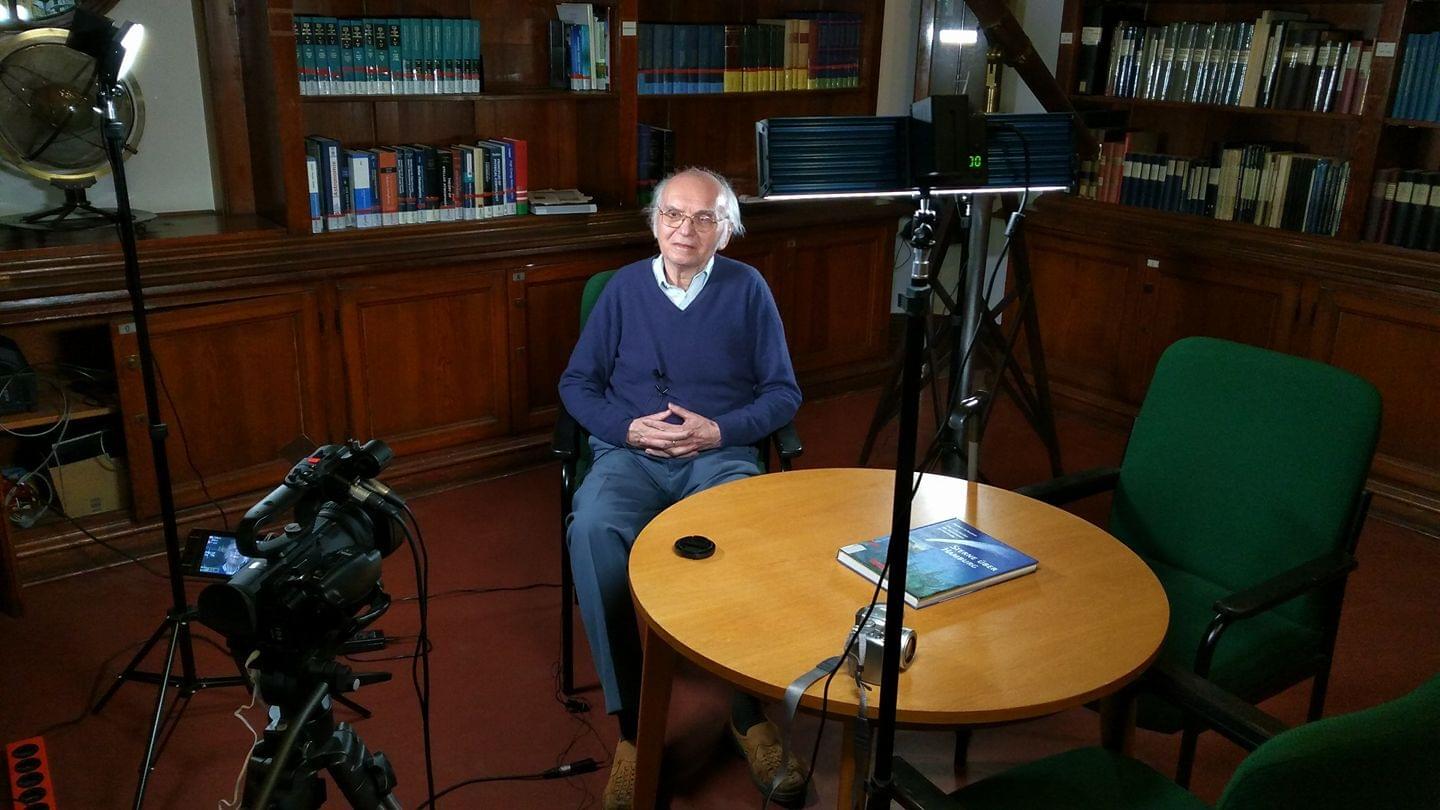 1973 a Czech-born astronomer Luboš Kohoutek discovers an exciting new object from photographs taken with the Hamburg Observatory’s telescope.
A true scientific sensation starting worldwide effort to make most of the comet’s appearance. Skylab's last mission was specially delayed to help us learn more about the comet. Ed Gibson and Jerry Carr were the first astronauts who observed the comet directly during their spacewalk...
find out more about the movie "Searching for skylab" here

If this story makes you hungry for more, awesome! Join us on SKYLAB EXCLUSIVE today!
NASA'S SECRET TREASURE
Written by Dwight Steven-Boniecki
Skylab was – in my view – way more important for NASA than anything which came before or since.
But I didn’t always think that.
How My Adventure Began
When I was 10 years old, a poster that had been placed in the main window looking out into the schoolyard of our principal’s office detailed the impending doom of the Space Station. I can vividly recall the iconic “windmill” solar panel design, and the title of the poster: “Skylab is Falling!”
A few days later, on the evening of July 11, 1979 (Australian time), I went to bed terrified that Skylab would hit our house, and our house alone, in the suburbs of West Sydney. It was with much relief that I awoke the next morning to a fully intact house.
But that joy quickly turned to envy when I learned of a kid in Western Australia who had won $10,000 USD for being the first to bring in Skylab debris. How much Lego Space could I have bought with $10K?
And there began my assumption that Skylab was nothing but a failure. I learned how it was damaged upon launch, and how astronauts had to rescue it. A success? For my 10-year-old mind, hardly. 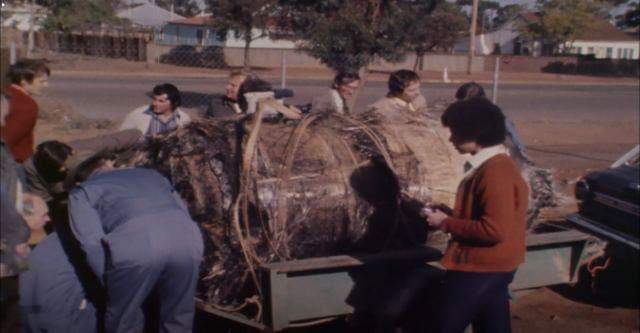 It was when I was writing my first book, “Live TV From the Moon” that I started to hear about how great a project Skylab really was.
Stan Lebar, ex-Manager of the Westinghouse Lunar Surface Camera Division, and with whom I had telephoned every third day, would always relate the obligatory Apollo TV camera stories, but then would divert away by stating, “But Skylab is where we really started getting good!”
“Hmmm….” I thought, “why would the man in charge of the TV camera that recorded the first step of a human being on the lunar surface speak so highly of this Skylab thing?”
I would soon find out.
I acquired a series of telecasts made from Skylab, which were fortunately dated and labelled so as to ease my foray into assembling them chronologically. 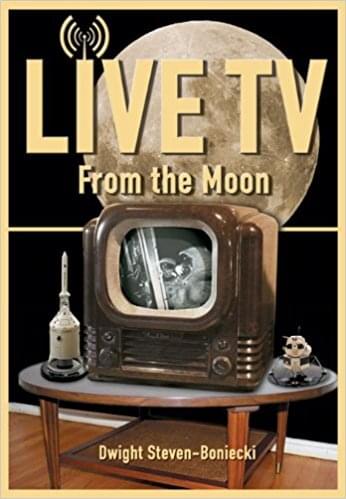 When I started to watch the footage, my jaw dropped. At around the same time, I was in a Waterstones bookshop in Kingston, England.

Amidst all the Apollo books, one book stood alone: “Homesteading Space”, written by David Hitt, Joe Kerwin and Owen Garriott. Wanting a respite from reading about nothing but Apollo, I opted to purchase it.
And so began my love affair with Skylab.
Between the videos, “Homesteading Space”, and another book by David Shayler, “Skylab: America’s First Space Station” (which featured Jerry Carr’s autograph inside the front cover!!!) I began my quest to know all I could about Skylab.
Following Up Apollo
Following the success of “Live TV From the Moon”, Apogee Books CEO, Rob Godwin, gave me the green light to do the follow-up “Live TV From Orbit”, which detailed post-Apollo TV, and that included a big chunk of Skylab history. The more I delved, the more I wanted to know. I watched the videos. I read the books. I wrote more of my book. Then I repeated the cycle. Again, and again, and again.
I was impressed by the observations Skylab made of the sun. To quote Emily Carney in “Searching for Skylab”, “It re-wrote the book on solar physics!”
I wanted more. To drop another quote from “Searching for Skylab”, this one from Andrew Chaikin: “This was a whole new frontier!”
I learned about the daring rescue mission by the first crew, which managed to dislodge a jammed solar panel and deploy an emergency parasol to cool the station down after the micro-meteoroid shield had been ripped off the launch vehicle during launch. Had they not been successful, that would have been it for Skylab.
I read of the rescue plans for the second crew after the Control Thruster (RCS System) problems that threatened to hinder their safe return to earth. I was impressed with the long-duration missions, and I was humbled to learn that data from Skylab was still being used to plan ISS missions.
Then I joined a group on Facebook, called Space Hipsters, and found other people who loved Skylab as well. At the same time, I received the green light to compile the Skylab Mission Report series for Apogee books, and my knowledge of Skylab increased exponentially. Every anniversary I would post a snippet of Skylab mission footage to celebrate, until one day, someone suggested I turn all of that footage into a film about Skylab. I thought it was a great idea.
And so “Searching for Skylab” was born. 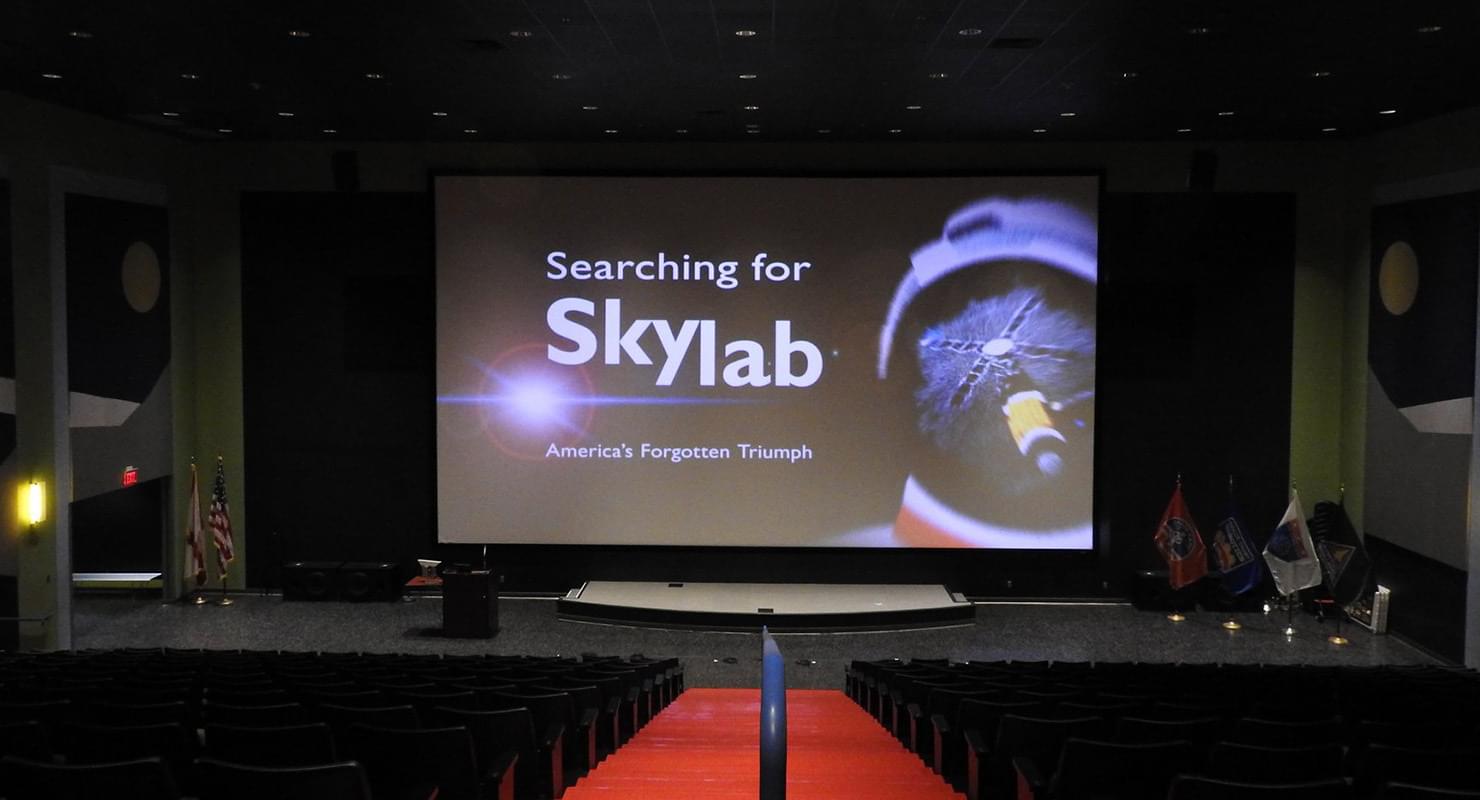 On February 8, 2019, on the 45th anniversary of the splashdown of the last mission to the station, I presented to the world my greatest anniversary “video snippet” to date:
the feature-length film about Skylab, which looks for meaning in what Skylab actually brought humanity, as it seemed to have been forgotten in those 45 years.
And it appeared that the Gods of Space Travel were looking down on Searching for Skylab that day. Right before the film started, I was told that the ISS would fly directly over Huntsville. You cannot plan movie premieres any more spectacularly than that!
In future posts, I’ll go into more detail as to why I believe Skylab was so important to NASA. A lot of it is in the film. But a lot of it still needs to be told, lest we forget. 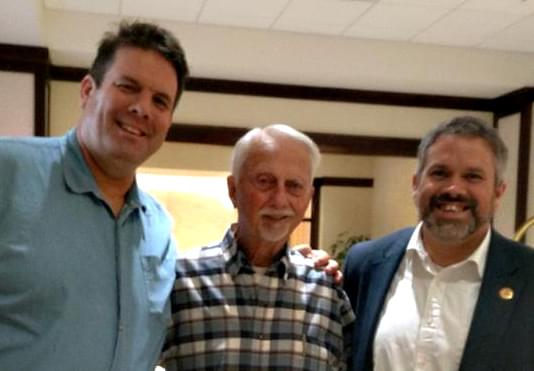 
Dwight was born in Sydney, Australia and became an international broadcasting professional. After studying television theory at North Sydney Technical College he moved to San Diego, USA where he completed his TV production training. He returned to Australia and worked in TV before heading back to university majoring in Psychology. Television was the industry for which Dwight’s heart was really beating and so he returned to the industry. Naturally, when he heard of an unusual opportunity of expanding digital satellite TV in Eastern Europe he jumped on a plane. It is in Europe, having moved from Great Britain to Germany – where he still works today as a transmission engineer.

About Skylab.space
You too deserve to know how Skylab initiated changes to our lives on Earth!
This is why we would like to get you closer to what many consider: one of NASA's most important programmes ever.
Arguably, up to 40% of data collected by Skylab has not been analysed yet due to a lack of scientists.
Are you the one to contribute to another marvellous change in our world again?
Can you inspire others about the fascinating educational program that Skylab was?

find out more about the movie "Searching for skylab" here

Did NASA's Existence Depend on Skylab? - Blog

Did NASA's Existence Depend on Skylab? - Blog